I’ve been working my new job for about seven months now, and going from biking five miles and/or walking several every day to barely leaving the house has started taking its toll. Plus, I’ve been reading articles left and right about how sitting for eight hours a day will kill you. In other words, as good as this has been to me:

It was time for a standing desk!

I was looking for something that would let me work standing up, but not lose all the storage of a traditional desk. After trolling the web a bit looking for ideas, I found a promising design where else but at ikeahackers.net.

The Expedit standing desk looked to be exactly what I needed, so Emily and I headed off to IKEA to pick up the parts:

I went with the brown-black color rather than the “birch” and used the legs rather than laying the top shelf on some blocks of wood.

After an epic struggle to fit all of this stuff in Emily’s Honda Civic (in the rain!) we got it all home with only mild discomfort (I had to lean so far forward that the steering wheel knows what I had for lunch).

After gathering all the parts in the living room it was time to start building. 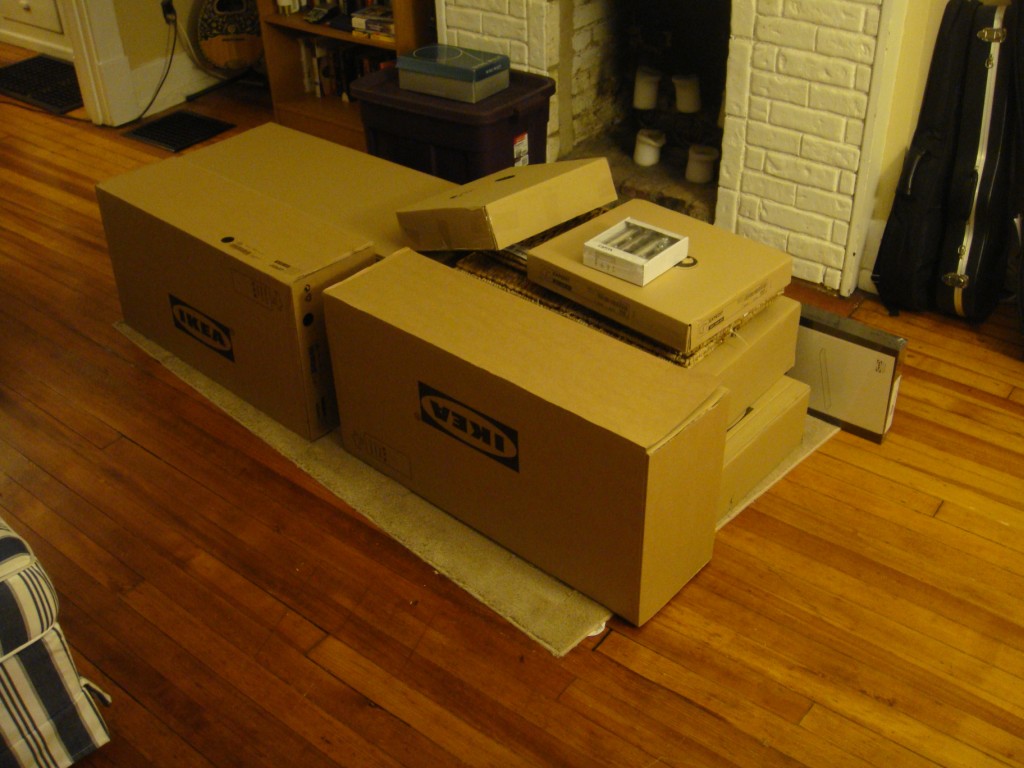 After two nights of assembling furniture and a quick trip to Lowe’s for some brackets to hold the whole mess together I ended up with a pretty sweet setup: 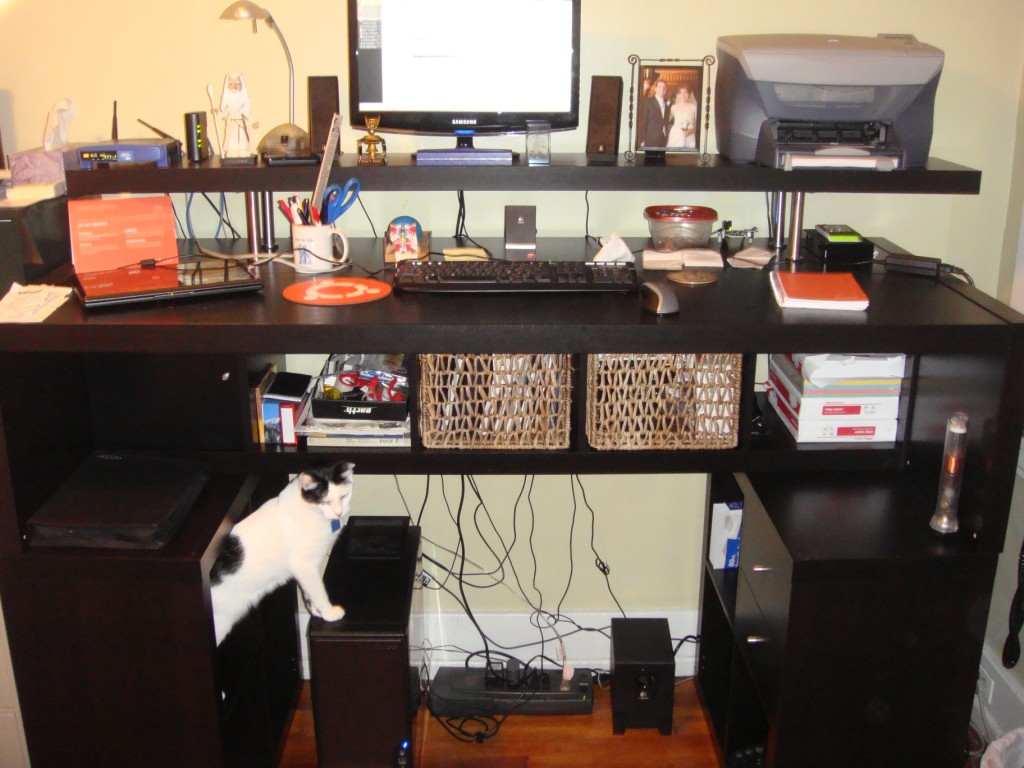 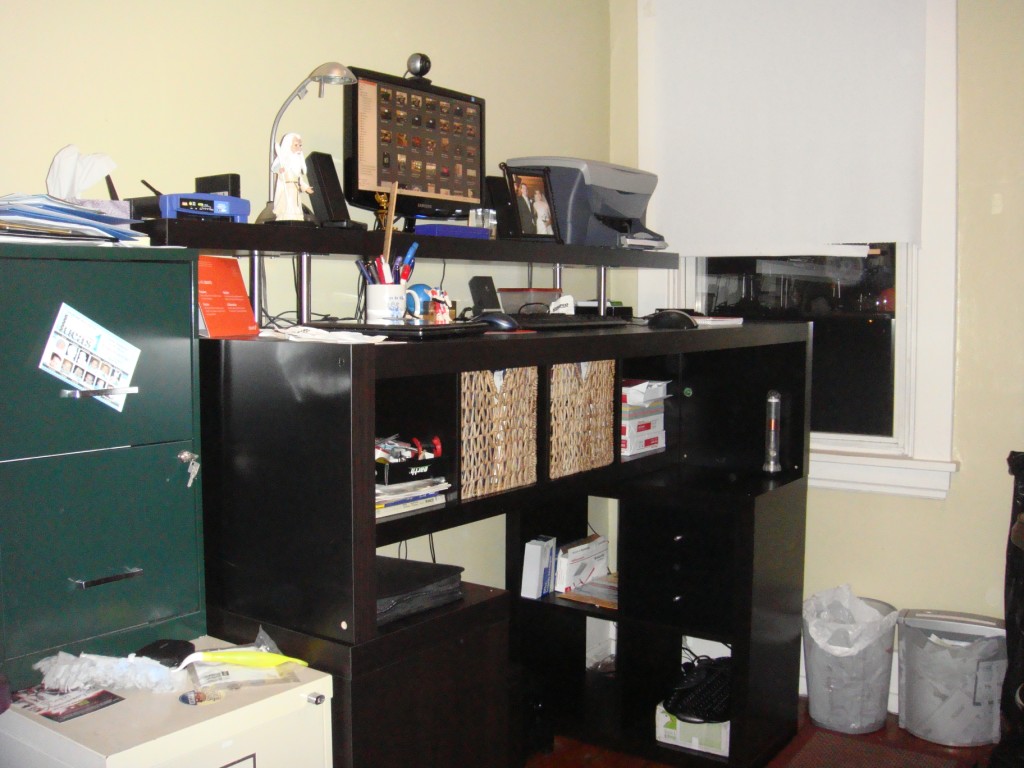 I’ve been using it for a couple of weeks now and after adding some anti-fatigue mats from Costco I’m officially in love with working upright.